It was my turn to blog on Romance Books ‘4’ Us blog.

I told the story about the real haunted house we lived in.

If your looking for the Halloween blog hop post, then you have found it!

Hi, my name is Janice Seagraves. I write romance of various genres. Here’s my bio: Janice Seagraves grew up in a small California town. Her home is a hundred year old haunted house (I’m not kidding), where she lives with her husband and daughter, an overly affectionate cat and a Jack Russel that’s in love with her daughter (still not kidding).

A lot of people read my bio and ask me, “Is your house really haunted?” 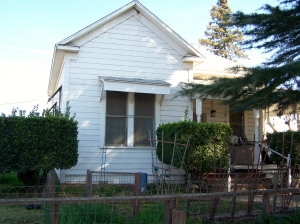 Since my husband and I first moved into our house twenty years ago, I’ve heard a little girl crying when I washed my hands in the bathroom. Which in itself isn’t anything unusual, however we live two miles out of town in the middle of what had been a grape vineyard but is now an almond orchard, and we have no close neighbors. I’ve lived here for twenty years and heard the same child sobbing. Reason would dictate that if this was a child, it would be grown by now.

Once when my daughter was still a newborn baby, I was enjoying a few blessed moments of shared TV viewing with my husband (you never know how fleeting those moments are until your a new parent), and then my baby started to cry. I sighed and started to get up, when I heard a woman’s voice saying very clearly, “Hush, baby,” I ran into the bedroom, and my husband ran outside. When I turned on the light, the baby was asleep and no one was there. My husband came back inside and told me no one was outside.

While my daughter was a baby, she would sleep with us, and during this time I would feel the bed dip like someone was sitting down. Usually this meant that my hubby was putting on his boots for work. But other times, I’d open my eyes to see that I was alone. Over the years I, my husband and my daughter have seen a little girl ghost at different times and places in the house.

One time while my daughter was sleeping with me, she screamed in the middle of the night. I jerked awake and turned over, that’s when I saw the little girl ghost sitting on my bed on the far side of my daughter, staring at me. Then she faded away.

When my daughter was little about three or four, she had an invisible friend named Jenifer or Jenny, which I later realized was our ghost girl.

Once or twice I’ve heard a scary voice saying my name, and a chill would wash down my back.

Thank goodness I haven’t had that in a while. *shiver*

Nope, no more sleep for me. 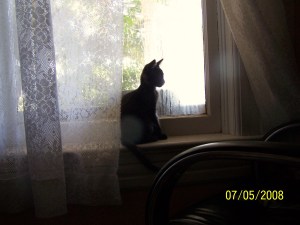 We’ve seen orbs. Mostly green and blue ones. I saw one in the bathroom and followed it in my daughter’s room, where it landed on the foot of her bed and disappeared. I have taken a few orb photos with our black kitty we used to have, and I have an earlier photo with a white something that went through my husband’s mouth.

These photos were taken with two different cameras; the above photo is digital and the below one is a 35 mm.

When my husband worked nights, sometimes I would see something under the fitted sheet moving back and forth. I thought maybe a mouse got into the mattress. My husband and I flipped the mattress over and I couldn’t find any mouse holes, so I have no idea what that was.

One morning, I was woken up by a child singing the song called the Lilac Tree. Both my husband and daughter were in the living room watching Saturday morning cartoons. And nothing they watched had a child singing. I’ve been woken up by the smell of Brownies and thought my daughter was baking. I got up to go into the kitchen and no one was cooking. Boy was I disappointed.

One time when I overslept, I heard someone walking around my bed and a voice saying, “Come on, honey, it’s time to get up.” When I got up, no one was there.

When one of my daughter’s friends spend she reported hearing the bathroom door creak open, and the sound of whispering. The friend asked my daughter if her parents were awake. My daughter said no, and then they both went and checked the bathroom. They found it empty.

My husband and I both have heard whispering voices before, right when we got home. We’d quickly unlock the front door to the house, flinging it open, but the noises stopped and no one was there.

A few months ago when I just laid down to go to sleep, I felt someone tuck in the tag on my pajama top. My bedroom door was closed and hubby was working the graveyard shift and my daughter was spending the night at a friend’s house.

Leave a comment about your own ghostly experience and your email addy, for a chance to win a five dollar Amazon gift certificate.

And just for stopping by, you also receive two free downloads, which is the start of my science fiction romance series The Arcon Saga. 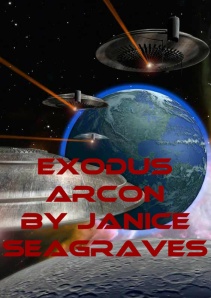 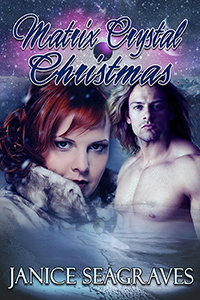